A new analysis from the PFS Project identifies major methodological obstacles to accepting that EFSA’s draft 2014 Opinion on BPA is a valid synthesis of the evidence of BPA’s toxicity. > Click here to download the full report (PDF) < This new critical appraisal has been conducted according to a set of general principles derived from the […]

A couple of interesting webinars are coming up in the next few weeks, presenting two different software toolkits which support the production of systematic reviews. Webinar #1 // DRAGON Registration links: webinar Jan 23 webinar Jan 28 In this webinar, ICF International experts discuss DRAGON, a suite of tools developed by ICF to streamline the […] 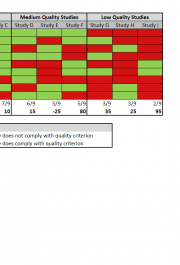 An illustrative case of the pitfalls in assessing methodological quality is given by an interesting and recent review of all published epidemiological research looking at the neurodevelopmental effects of prenatal and postnatal exposure to organophosphate pesticides (González-Alzaga et al. 2013). This study uses compliance with STROBE criteria, a checklist which has been developed to strengthen […]

This is later than it should be (interrupted by a nasty dose of the flu and some travel commitments) but we launched our report, Systematic Review and the Future of Evidence in Chemicals Policy, at a lunchtime debate at the European Parliament on 4 November. Kindly hosted by Corinne Lepage MEP (ALDE) it went pretty […]

Opinion: Problems with Hidden Conflicts of Interest. When a scientific article has an author or a list of authors, we usually have no reason to wonder who was responsible for the work. But despite increased focus on conflicts of interest (COI), recent events suggest that there may be more to authorship than a list of […]

New report: The future of evidence in chemicals policy

What we did We analysed two of EFSA’s Scientific Opinions on BPA to determine whether the methodology they followed for evaluating evidence of BPA’s toxicity are consistent with scientific standards for literature review, as defined by Cochrane Reviews in medicine. DOWNLOAD THE REPORT HERE We found that they are not consistent with these standards. Therefore, […] 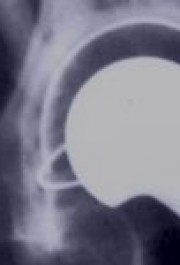 Bias Detection: Study Identifies Instruments for Evaluating Animal Studies. No good scientist wants to produce, or be accused of producing, a poorly conducted study. Even so, toxicologists conducting animal studies are not widely expected to document the steps they take to ensure internal validity—that is, to prevent their results from being skewed due to a […]

This is probably unique.