This is a new paper we have published (with the invaluable contributions of a small army of co-authors) about how systematic review methods have potential to make the chemical risk assessment process more transparent and scientifically robust. You will see a diverse spectrum of contributors which (I will take the liberty of interpreting) amounts to […] 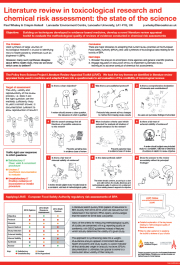 Our poster from SETAC Europe 2014

A new analysis from the PFS Project identifies major methodological obstacles to accepting that EFSA’s draft 2014 Opinion on BPA is a valid synthesis of the evidence of BPA’s toxicity. > Click here to download the full report (PDF) < This new critical appraisal has been conducted according to a set of general principles derived from the […]

New report: The future of evidence in chemicals policy

What we did We analysed two of EFSA’s Scientific Opinions on BPA to determine whether the methodology they followed for evaluating evidence of BPA’s toxicity are consistent with scientific standards for literature review, as defined by Cochrane Reviews in medicine. DOWNLOAD THE REPORT HERE We found that they are not consistent with these standards. Therefore, […] 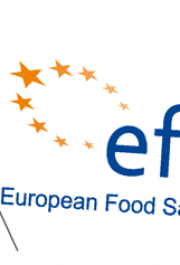 Comparing how interests are declared in Cochrane systematic reviews with the procedure employed by the European Food Safety Authority in its 2012 Opinion on Thresholds of Toxicological Concern. Recommendations on declarations of interest in the conduct of Cochrane reviews in medicine are comprehensive, covering not only financial conflicts of interest but also publishing histories and […]

Read more »
policyfromscience.com is the unofficial website for work at Lancaster University promoting the use of systematic review methods in chemical risk research, as a way of ensuring scientists and policy-makers are making best use of the best evidence when assessing and managing risks to health posed by chemical substances.